This plugin to WireCAD will generate cable numbers based on the jack field position. 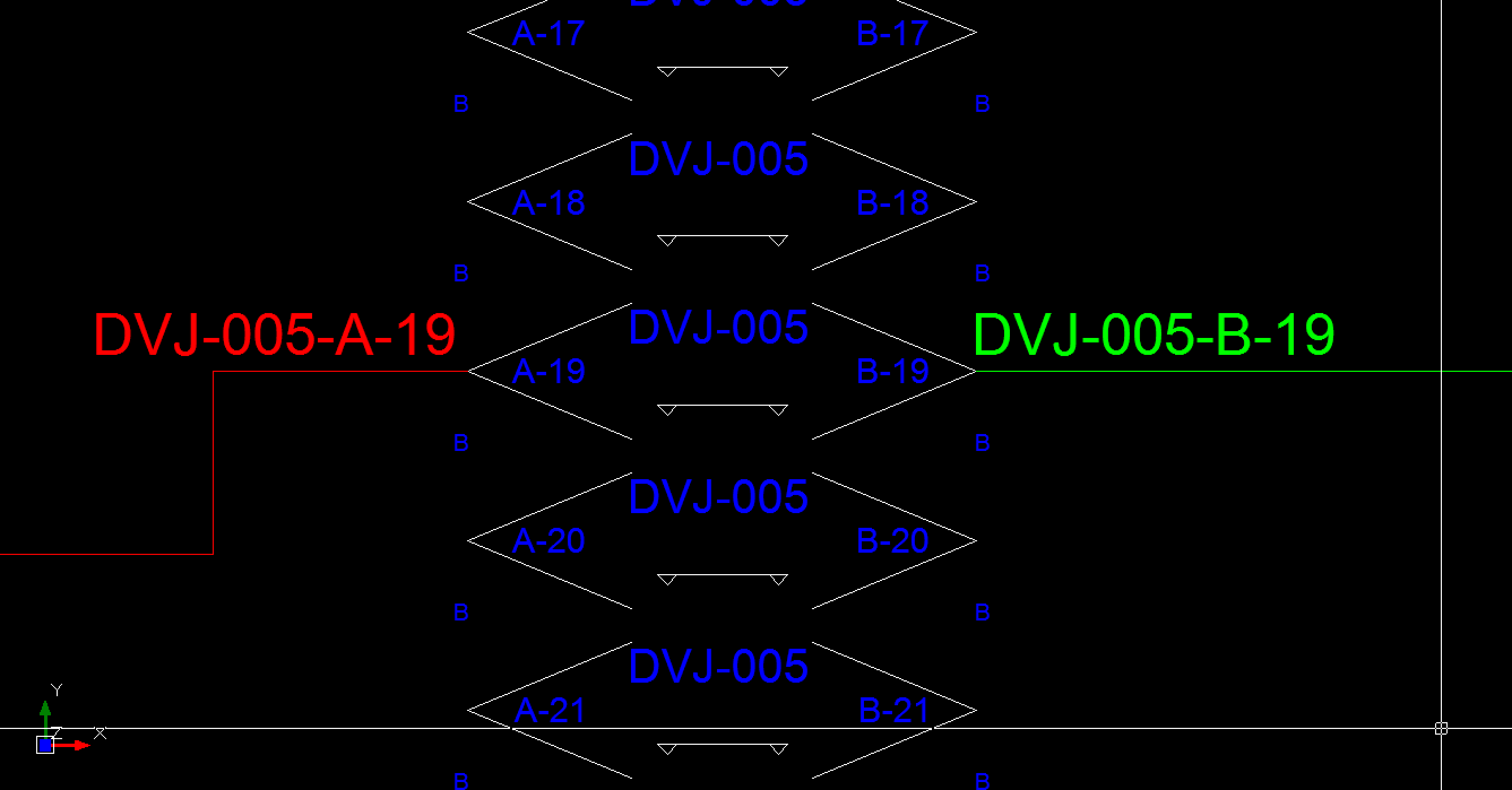 The plugin supports basic string manipulation to allow configuration of the generated string.

Simply set the format string in the settings panel that this plugin registers.

Application Menu>Settings or type set followed by the [Enter] key into the command line.

Variables supported in the cable number:

Consider the previous cable from SRVR-10 has a source signal type of VID and in the Project Signal Types grid we have set the CableNoPrefix field for the VID signal type to be V.

Let's assume that we want to show the signal type prefix prepended to the the sysname and port data. We would enter:

{1}-{2}-{3} in the Cable Number Format String field. Any character that is not a curly brace variable will just be printed. If you do not want dashes, replace them with another character.

Our result for our example would be:

The plugin also supports a default conflict resolution when the cable is attached to two jackfields  (as might be the case when designing tie lines).

The plugin can be made to have the source device, or the destination device win.

The plugin will  return the selected project cable number format if neither the source nor destination device is flagged as JackField.

To flag a device as a JackField simply set the Flags value to JackField when assigning a SysName or from the project Equipment List grid.

First we must define a SysName that is properly flagged. Any SysName can be used for this purpose but typically it would be a Jack Field or Patch Bay. Maybe a router, or a DA.

Assign a SysName as you normally would but be sure to set the Flag field to JackField in order to cause the plugin to go into action. 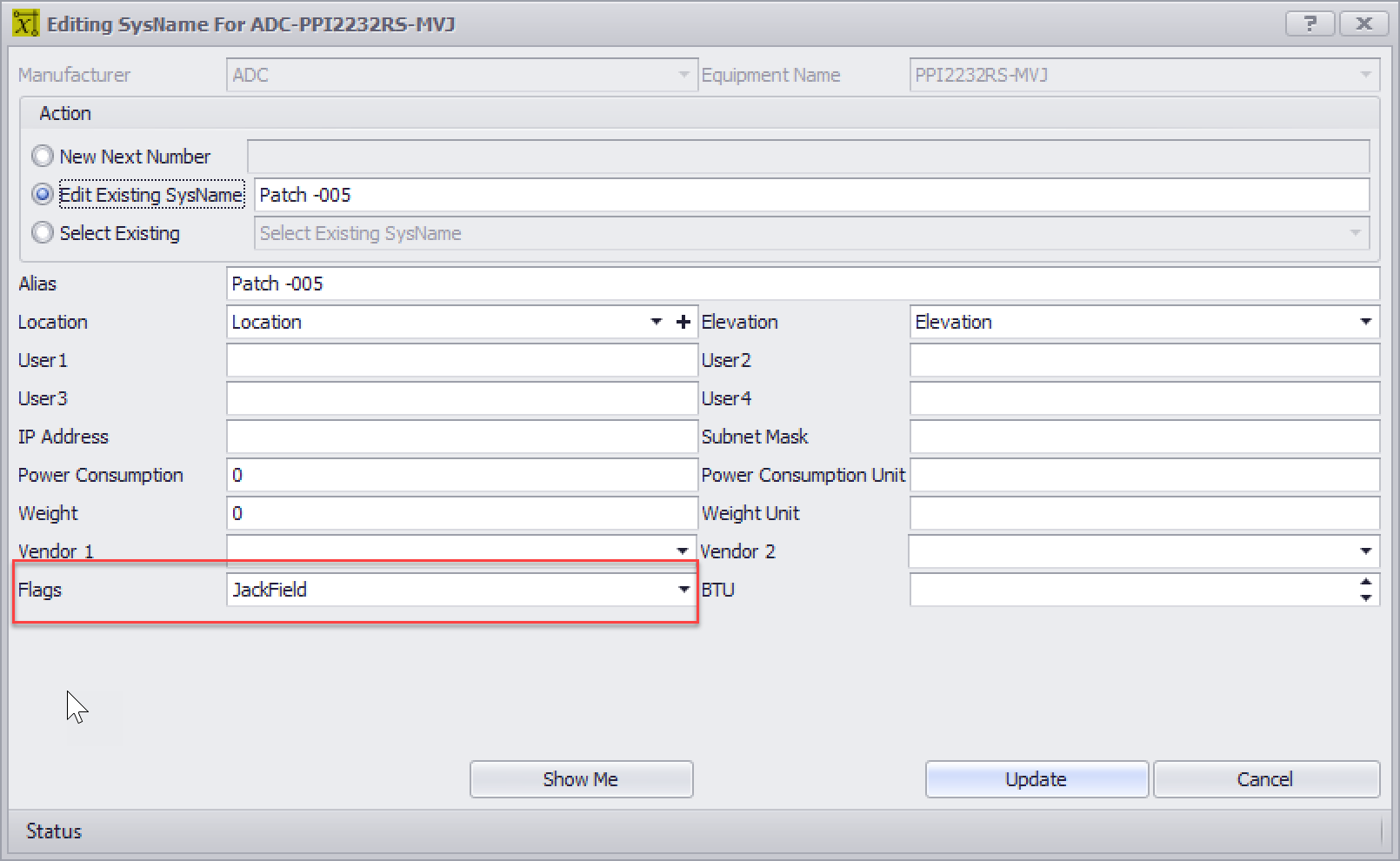 The plugin will work upon Cable Number Assignment if it is enabled.

Double-click a cable that is attached to a SysName that has the Flags field set to JackField.

The cable number returned will be formatted based on the rules you defined above.

Download the version specific dll listed in the downloads section below. Plugins are typically compiled for a major.minor.x.x version. Make sure that your version matches or the plugin will not load.

This plugin should not be used in conjunction with other plugins that subscribe to the  QueryNextCableNumber event or you will experience unpredictable results. If you are unsure, we are happy to help.

Unzip the file and copy the dll to: